The various trade and commercial directories published between 1793 and 1936 provide invaluable information for historians and genealogists alike.  Whilst researching my own family tree and completing a blog about the pubs of Chorley I found these to be a constant source of information simply not available elsewhere and they were only really available to view in the Central Library.

In the current financial climate local councils are feeling the pinch and as a consequence, the services provided by libraries across Lancashire have started to dwindle and for this reason I decided to record the images I've collated for Chorley in a blog that will allow others access over years to come whatever the fate of the library service. 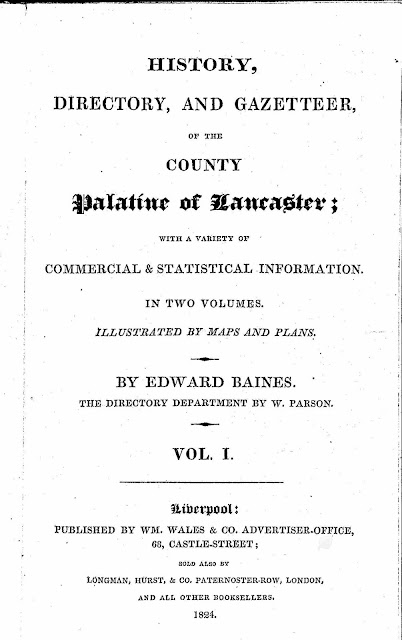 A short history of those individuals and companies responsible for the publication of trade directories is copied below, sourced from Wikipedia 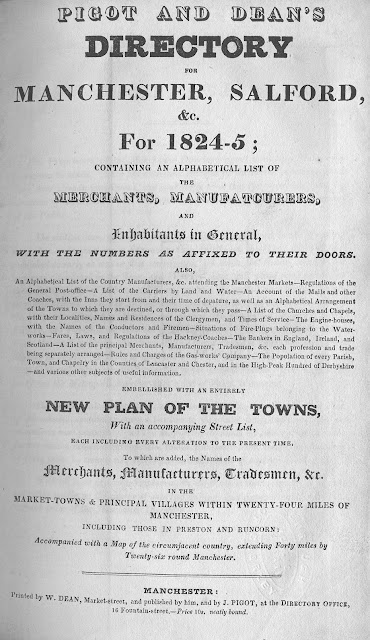 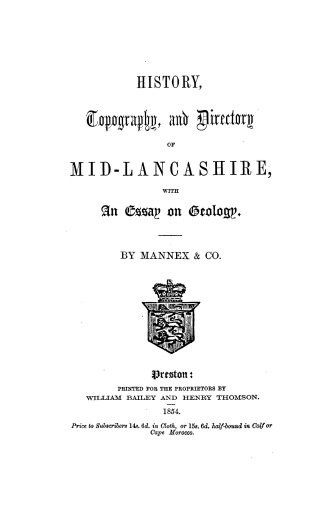 Kelly's Directory (or more formally, the Kelly's, Post Office and Harrod & Co Directory) was a trade directory in the United Kingdom that listed all businesses and tradespeople in a particular city or town, as well as a general directory of postal addresses of local gentry, landowners, charities, and other facilities. In effect, it was a Victorian version of today's Yellow Pages. Many reference libraries still keep their copies of these directories, which are now an important source for historical research.

The eponymous originator of the directory was Frederic Festus Kelly. In 1835 or 1836 he became chief inspector of letter-carriers for the inland or general post office, and took over publication of the Post Office London Directory, whose copyright was in private hands despite its semi-official association with the post office, and which Kelly had to purchase from the widow of his predecessor. 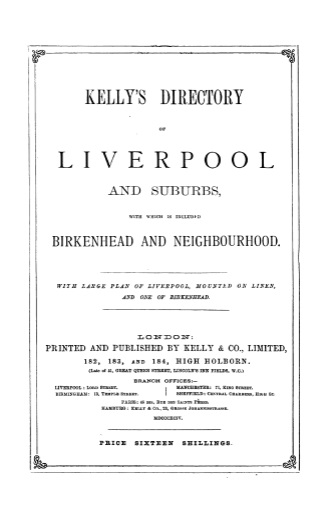 He founded Kelly & Co. and he and various family members gradually expanded the company over the next several decades, producing directories for an increasing number of UK counties and buying out or putting out of business various competing publishers of directories.

Other publications followed, including the Handbook to the Titled, Landed and Official Classes (1875) and Merchants, Manufacturers and Shippers (1877). In 1897, Kelly & Co Ltd became Kelly’s Directories Ltd. This name stuck for another 106 years before being renamed Kellysearch in 2003 to reflect its focus away from hard copy directories and towards an Internet-based product search engine.

The front cover of a Kelly's Directory sometimes stated "Kelly's Directories Ltd., established 1799", however this was based on the date of issue of the first Post Office London Directory by an earlier inspector of letter carriers several decades before Kelly's involvement with that publication. 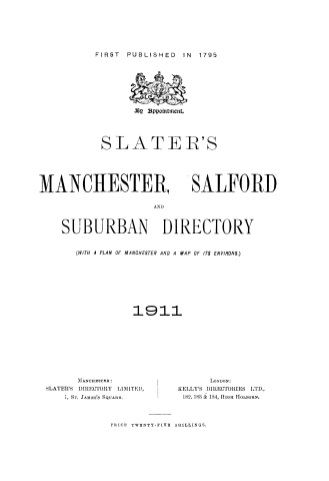 Posted by Richard Langford at 00:54 No comments: